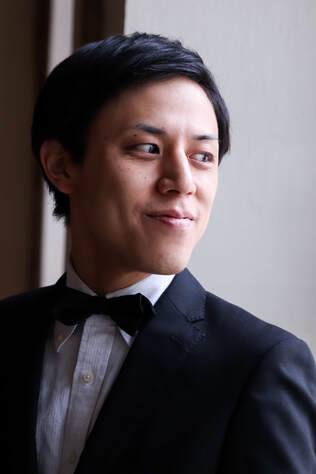 As a chamber musician, he received the 1st prize at the Swedish International Duo Competition in Katrineholm/Sweden, the best accompanist prizes in violin and cello section at the Enescu International Competition in Bucharest/Rumania. and “Best Duo Prize” at Academie de Musique de Lausanne/Switzerland. And also Yu plays with  Mr. Pierre Amoyal, regendary wellknown Violinist/Professor. ​

Yu graduated from the Tokyo National University of the Arts with Bachelor’s and Master’s degree with the top honor under Prof. Michiko Kasuya-Ohno and Prof. Akira Eguchi as a Scholar of Yamaha Music Foundation. He moved to Europe after his graduation, he studied at University Mozarteum Salzburg under Prof. Pavel Gililov as a Scholar of Japanese Cultural Affairs and Meiji Yasuda Cultural Foundation. Currently he is working as correpetitor in Mozarteum University.